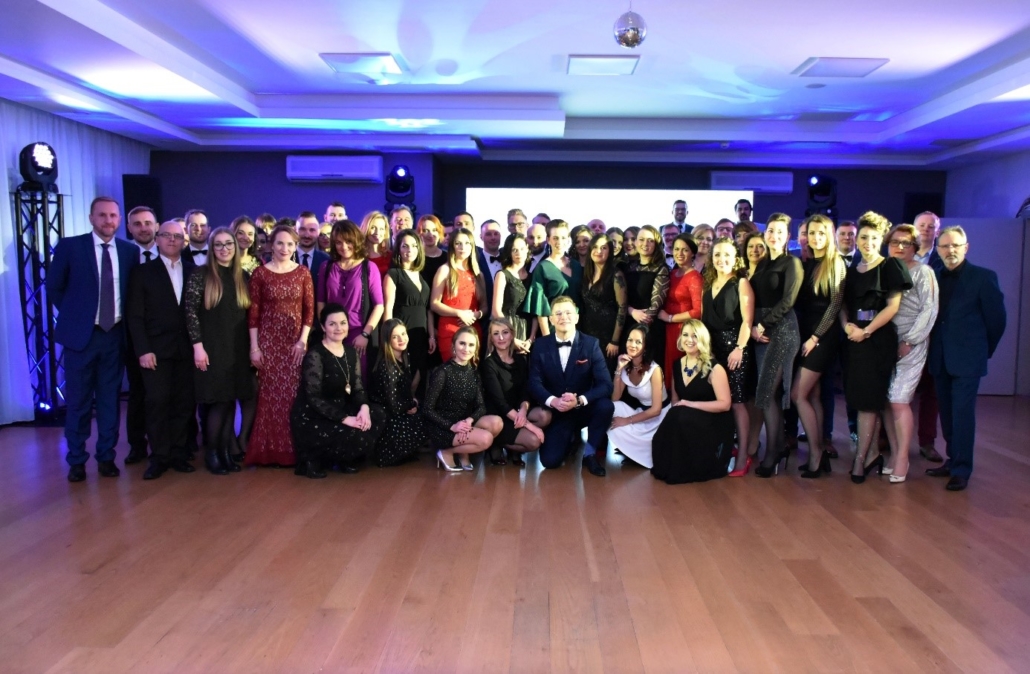 On January 18, we officialy summarized the past year. 2018 was a breakthrough for us – we achieved record financial results, increased employment, rebranded, moved to a newly built headquarters at Rejewskiego Street.

The official part started with the presentation of the CEO, who presented the results and changes that took place during the last twelve months. As he emphasized – this is the success of the entire team. Next, each of the departments prepared a short movie showing their internal work and the challenges they had to face.

Falken Trade is dynamically developing on many levels. We participated in many sports events, including the City Trail run (summer edition). We also organized our own charity running event “Uskrzydleni biegniemy dla Zosi”, which was attended by almost 500 participants. The income from the starter packets donated an account of Zosia, a 2-year-old from Olsztyn, who needed surgery to be able to walk on her own.

The company’s successes in 2018 also included achieving the prestigious ISO 28000 certificate, which testifies of meeting high security requirements in the supply chain.

We have been awarded a Business Gazelle for sixth time in a row and Forbes Diamonds for the third time. The awards are a proof of constant dynamics growth.

The official part ended with a dinner, then the party lasted until dawn.